Philosopher
Anthony Grayling is Master of the New College of the Humanities, and a Supernumerary Fellow of St. Anne’s College, Oxford. Until 2011 he was Professor of Philosophy at Birkbeck College, University of London. He has written and edited over thirty books on philosophy and other subjects and is perhaps best known for 'The Good Book: A Secular Bible,' which compiles the greatest non-religious wisdom and consolations from across the centuries. He is Vice President of the British Humanist Association and his main academic interests lie in epistemology, metaphysics and philosophical logic. He has described himself as “a man of the left” and is associated in Britain with the new atheism movement. He appears regularly in the British media discussing philosophy.

Astrophysicist
Dame Jocelyn Bell Burnell was born and brought up in Northern Ireland. Whilst completing her PhD in Radio Astronomy at Cambridge she was involved in the discovery of pulsars, opening up a new branch of astrophysics – work which was recognised by the award of a Nobel Prize to her supervisor. She was made a CBE in 1999 and from 2008-2011 she was the first female President of the Institute of Physics of the UK and Ireland. Her appointment at the Open University doubled the number of female professors of physics in the UK. She hopes that her presence as a senior woman in science will encourage more women to consider a career in science.

President of Ireland
President Michael D. Higgins became President of Ireland in 2011, after being elected with over 40% of the first-preference votes – a record in Irish history. President Higgins was the Labour party candidate in that Presidential election and had previously been a passionate voice for social justice, campaigning for the rights of the poorer sections of society for over thirty years in the Irish Parliament. President Higgins is also a renowned poet, writer and broadcaster. The Undergraduate Awards is honoured to enjoy the patronage of the President.

Director of the RCSI CyberPsychology Research Centre
Professor Mary Aiken is Director of the RCSI CyberPsychology Research Centre and Distinguished Professor of the Practice of Cyber Analytics at the Asia-Pacific Institute for Resilience and Sustainability (AIRS) anchored at Swansea University and Hawaii Pacific University. She is the Academic Advisor (Psychology) to the European Cyber Crime Centre (EC3) at Europol. Mary’s research focuses on cyber behavioural analysis. She is currently leading an international research project in conjunction with INTERPOL and a number of international police forces. Mary is recognised as an expert at a national and European level in policy debates at the intersection of technology and human behaviour.

Andrea’s university education is in Medieval and Renaissance Studies (Italy, France, Germany, Greece, USA). His main research project is EHM-Engineering Historical Memory at the intersections of humanities and data science/visualisation. He first theorised EHM as a Visiting Scholar at Princeton University in 2007 and further developed it when he was Visiting Full Professor at the University of Venice Ca’ Foscari in 2012. The project was awarded Best Conference Paper at 2013 Culture and Computing (Kyoto, Japan), and has been funded by Microsoft Research (2014-2016). He lives with his family in Singapore where he is Associate Professor at the NTU School of Art, Design and Media.

Born in Monrovia, Liberia, Robtel is an activist and writer who was recognised as one of ’25 Africans to Watch’ by the Financial Times in 2015. In 2014 she was named a Bellagio/PopTech Fellow and in 2013 she made the list of ’99 under 33′ influential foreign policy leaders. A graduate of Howard and Oxford Universities, she recently completed her PhD in Development Studies at the University of London’s School of Oriental and African Studies (SOAS), specialising in Migration, Mobility, and Development, as a Mo Ibrahim Foundation PhD Scholarship Recipient.

James is the Chair of the Education judging panel for The Undergraduate Awards. He is a Professor of Education at Winston Salem State University and, until recently, was Program Coordinator for both the Master of Arts in Teaching (MAT Middle Grades) and the undergraduate Middle Grades Education Program. He has received two Fulbright Senior Specialist Awards, one to Obafemi Awolowo University, Nigeria (2010) and the second to the Polytechnic of Nambia (2012).

Nathaniel is an Assistant Professor in the Department of Physics and Astronomy at Northwestern University. His research is focused on the fundamental quantum interactions of photons with atoms, nanoscale materials, and magnetism, with a current emphasis on nanofabrication of low-dimensional materials. During his research career, his awards have included the US Department of Energy Early Career Research Award (2014), the Alfred P. Sloan Research Fellowship (2013-) and Richard C. Tolman Prize Postdoctoral Fellowship (2008-2011).

Dana is a lecturer at the University of Hong Kong where she coordinates undergraduate programmes at the School of Public Health. She is responsible for MBBS, BChinMed, BBioMedCs and BPharm curricula planning and development, students assessment and programme evaluation. She is a member of numerous LKS Faculty of Medicine MBBS committees and an Associate Fellow of the Hong Kong College of Community Medicine and the Hong Kong College of Health Service Executives. Her main research interests include media education and health economics. Aside from her MD degree, she also has an MBA degree from the University of London.

Dr Batoul Khalifa is an Associate Professor in Mental Health and Coordinator for B. E. D. in Special Education in Qatar University. Dr Khalifa completed her PhD in Educational Philosophy (Mental health), from Ain Shams University. Dr Khalifa has engaged in research for over 21 years in Psychology of Women and Family, Child abuse, Creativity of Youth, Special Education, and Quality Assurance in Higher Education. She served as chairperson for Quality Assurance and for the Program Enhancement Committee at College of Education, Qatar as well as serving as board member and member at large at the Division of International of Special Education services (DISES), CEC. Khalifa is a scientific reviewer at International Journal Multicultural Learning and Teaching.

Rama is a lecturer in the Discipline of Communication and Media. He currently teaches in the Bachelor of Communication program at the Singapore campus of the University of Newcastle, Australia. He is a member of the Communication and Media Research Group in the Hunter Creative Industries and Technology (HCIT) Research Centre. He is the author of The Digitization of Cinematic Visual Effects: Hollywood’s Coming of Age and co-author of The Traditional Kayan Wedding: Pelah Hawa. Rama is the recipient of an Excellence in Teaching Award and of a Vice-Chancellor’s Citation for Outstanding Contributions to Student Learning from the University of Newcastle.

Cynthia is an Associate Professor in the Faculty of Nursing at the University of Calgary. She graduated from Queen’s University at Kingston in 1979 and completed a Master’s degree in Nursing from McGill University in 1985. In Quebec, Canada she worked in Infant Medicine at the Montreal Children’s Hospital, in the Newborn Nursery and Postpartum Units at the Royal Victoria Hospital and taught prenatal classes at St. Mary’s Hospital Montreal and later with the Calgary Health Region. She completed her PhD in 2004 in Human Nutrition and Dietetics focusing on maternal dietary intake and birth outcome.

Joel Faflak is a Professor of English and Theory and Director of the School for Advanced Studies in the Arts and Humanities at Western University, Canada. He has published numerous books and articles on literature, culture, and psychology. A former business person, he has received Canada’s Governor General’s Gold Medal for Research Excellence and the Polanyi Prize for Literature.

Craig is an American biochemist, geneticist, and entrepreneur. He is known for being one of the first to sequence the human genome and the first to transfect a cell with a synthetic genome. He founded Celera Genomics, The Institute for Genomic Research (TIGR) and the J. Craig Venter Institute (JCVI), and is now working at JCVI to create synthetic biological organisms. He was listed in Time magazine’s 2007 and 2008 Time 100 list of the most influential people in the world.

Carly is the Student Content Editor for the Times Higher Education and World University Rankings, where she writes and commissions advice and news for prospective students, mostly driven by data. Before turning to journalism, she completed an undergraduate degree in Physics (from University of Nottingham) and a Master’s degree in Philosophy (from University of Oxford). Carly has lived and worked in India and Sri Lanka, finally settling down in London. Her wide-ranging interests include literature, logic and gender theory.

Nick is an Associate Professor in Politics/Videogames research. He has published widely in journals such as Political Studies, JCMS: Journal of Common Market Studies, Political Quarterly and Journal of Power. He is presently working on a book for the Popular Culture and World Politics book series (Routledge) entitled Videogames, Popular Culture and World Politics. He is also working as part of an international research team on a four-year Framework Grant from The Swedish Research Council. 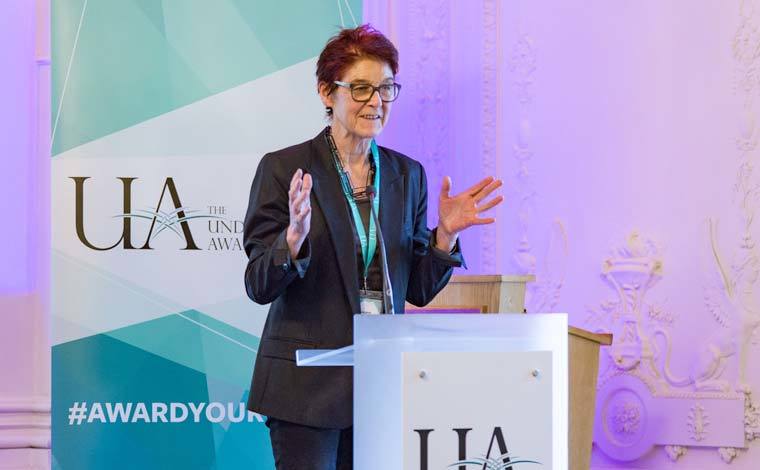