Professor of Law, Psychology, and Psychiatry at University of South CarolinaElyn R. Saks specialises in mental health law, criminal law, and children and the law. Her recent research focused on ethical dimensions of psychiatric research and forced treatment of the mentally ill. Prof. Saks was a 2009 recipient of a MacArthur Foundation fellowship and in fall 2010 announced she is using funds from the “genius grant” to create the Saks Institute for Mental Health Law, Policy, and Ethics.

Physician & Astronaut
Mae Jemison is an American physician and retired NASA astronaut. She was the first black woman to travel into space when she went into orbit aboard the Space Shuttle Endeavour in 1992. She left NASA in 1993 to set up her own company, which researched the application of technology to daily life. Prior to this, Dr Jemison practised medicine as a volunteer in a Cambodian refugee camp and with the Peace Corps in West Africa. Jemison has received nine honorary doctorates, the 1988 Essence Science and Technology Award, the Ebony Black Achievement Award in 1992 and a Montgomery Fellowship from Dartmouth College in 1993.

Artistic Director of Dublin Theatre Festival
Willie White is Artistic Director of Dublin Theatre Festival and Chair of IETM (the international network of contemporary artists). From 2002-2011 he was Artistic Director of Project Arts Centre, Dublin. Willie was a founding member of Loose Cannon Theatre company and that he worked as a researcher on the precursor of The View on RTE. Willie read for Master’s degrees in English at University College Dublin and in Irish Theatre at Trinity College Dublin. He is co-editor of No More Drama and he is an avid cyclist, technophile and recipient of the Clore Leadership Fellow of 2008/9.

Founder of iversity
Hannes Klöpper is the co-founder and Managing Director of iversity, a Berlin-based higher education startup. He recently co-authored a book on the university in the 21st century in collaboration with Professor Yehuda Elkana, a distinguished philosopher of science. In 2010/11 he was an associate at the Stiftung Neue Verant-wort Ung working on a project that explored the impact of digitalization on education. He holds a Dual-Masters in Public Administration from Columbia University and the Hertie School of Governance in Berlin and a B.A. in International Relations from the Technische Universität Dresden.

Head of Communications @ HEA Ireland
Malcolm Byrne is Head of Communications with the Higher Education Authority, the state agency that advises the government on Higher Education and allocates funding to higher education institutions. The HEA also manages a range of educational programmes in Ireland, including Erasmus. A graduate in law and in arbitration from University College Dublin, Malcolm is a former Education Officer with the Union of Students in Ireland, a former Executive member of the European Students’ Union and a former Vice President of the National Youth Council of Ireland. He is a local councillor and has served three terms as mayor of his home town.

Managing Director for Europe @ Minerva Schools
Marielle is the Managing Director for Europe at Minerva Schools at KGI, a reinvented university experience for the brightest, most motivated students from around the world. With a passion for international Higher Education, Marielle has worked in the field for over 10 years for universities in the Netherlands, UK, US and China. She has a Masters in Cultural Anthropology from the Universiteit van Amsterdam obtained after a period of fieldwork in Australia, specialising in areas of cultural and national identity as well as intercultural communication.

Editor at SpunOut.ie
Marie Duffy is a freelance journalist, mental health activist and blogger from Co. Donegal. Marie says, “In my opinion, it is only through talking and writing about mental health can we break down the stigma associated with mental health illness.” Marie also runs two of Ireland’s most active ‘Mental Wellness’ websites: unwindyourmind.ie and spunout.ie, that provide a platform for young people to have their voices heard on all issues that affect them, including health, employment, education, college, and life. In 2010 Marie spoke at Spunout.ie’s Possibilities Conference 2011 about her work as a mental health activist alongside Ireland’s former President Mary Robinson and the Dalai Lama.

Venture Manager at Ashoka Ireland
Erin has worked at Ashoka in various capacities and locations, currently managing Venture among other responsibilities at Ashoka Ireland/Scandinavia. She served as a Field Organiser for Barack Obama’s 2008 Presidential Campaign in Georgia and North Carolina, founded a community teaching garden, won a social entrepreneurship fellowship, and runs a rooftop garden at a homeless shelter in Dublin.

Space Scientist & Founder of Science Innovation Ltd.
Dr Maggie Aderin-Pocock studied at Imperial College London where she obtained her degree in Physics and her PhD in Mechanical Engineering. Since then she has spent her career making novel, bespoke instrumentation in both the industrial and academic environments. Until recently Maggie worked at Astrium Ltd. where she led the optical instrumentation group. Here she managed a range of projects, making satellite sub-systems designed to monitor variables in the Earth’s atmosphere. Maggie has since set up her own company, Science Innovation Ltd., through which she conducts “Tours of the Universe” and other public engagement activities, showing school children and adults the wonders of space. 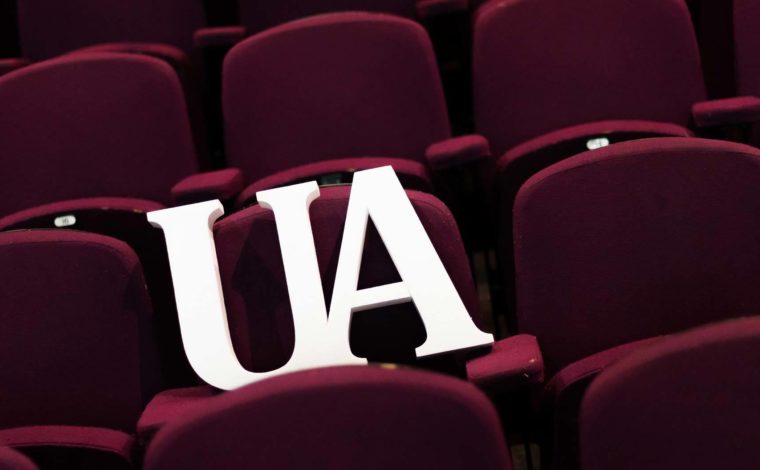