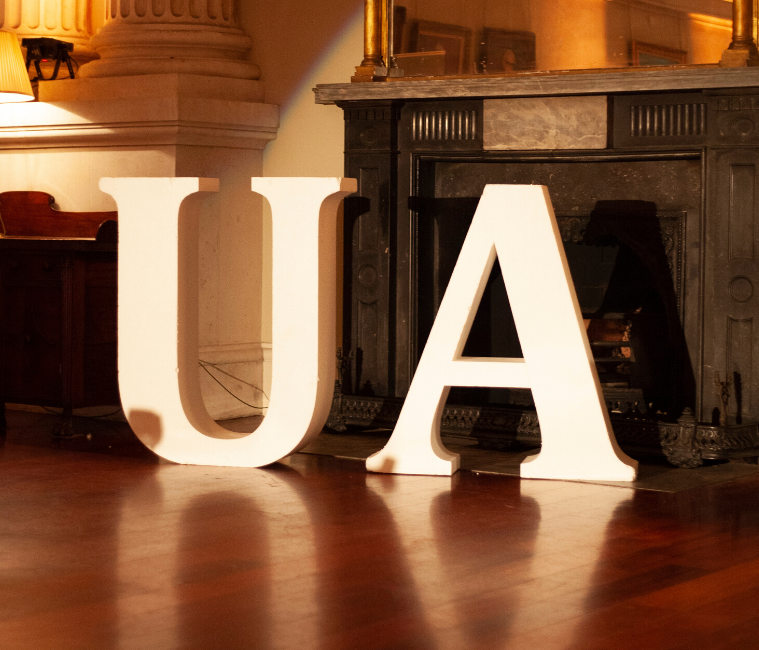 Meet our speakers for The UA Global Summit 2020

Hazel Chu is a Green Party councillor for the Pembroke ward and the current Lord Mayor of Dublin. Born in Ireland to parents from Hong Kong, she is the first elected councillor of Chinese heritage in Ireland. A graduate from The Honorable Society of Kings Inns and UCD Smurfit School, she has worked in New York, Hong Kong and Sydney. She was formerly the National Coordinator for the Green Party, Chair of the Exec and Spokesperson for Enterprise. In her spare time Cllr. Chu advocates on issues of diversity and equality on various media platforms.

Edwina Fitzmaurice is the Global Customer Officer for EY Technology responsible for the customer and product strategy and delivery of EY’s technology products and solutions around the world. Edwina has a BSc Computer Science and Masters Degree from Trinity College Dublin and she has completed executive education at Harvard Business School, INSEAD Business School, London Business School and Kellogg Business School. Edwina was the Chair of the Irish Computer Society and has held a host of non-executive director positions on boards in the US and Europe and was named as one of the Irish American Top 100 Business Leaders. She is a passionate advocate for diversity and inclusion in business.

Dr. Vincent Ogutu is a TEDx (Barcelona) Fellow and uses TV and social media to inspire people to live a life of purpose and impact. In his former position as Deputy Vice-Chancellor, Planning and Development at Strathmore University, Dr. Ogutu was in charge of the university’s strategy and development. He previously led Executive Talent Development as Vice Dean at Strathmore Business School (SBS). Dr. Ogutu holds a PhD in Organisational Management from Rutgers University, specializing in the Psychology of Meaningful Work. He has an MSc in Financial Economics from the University of London and a BA in Economics from the University of Nairobi.

Jack Kavanagh is a resilience and performance coach and speaker. In 2012, he suffered a life changing spinal cord injury leaving him with only 15% muscle function. This ignited a passion for life within and motivated Jack to help others live more aligned, courageous, fulfilling lives, fuelled by purpose and centred in their values. He works to create environments where people have permission to lower their mask and shares the tools to help other show up fully in and for their lives.

Hillary Gyebi-Ababio is the Vice President (Higher Education) at the National Union of Students (NUS), an organisation which represents the interests of more than 7 million students in the UK. She is very keen to see a transformative change to education with students as partners in shaping what the future of education looks like. Hillary has been an active campaigner against Brexit and was heavily involved in the People’s Vote campaign. She also has worked on getting decolonising the curriculum kicked into action at Bristol, and continues to work on pushing wider decolonisation work throughout education.

Lyndsay Walsh is the 2018 Global Winner for the Earth & Environmental Sciences category. She holds a BSc in Zoology from Trinity College Dublin and is currently pursuing a Masters in Development Practice. In 2019, she won the inaugural IMF Finance & Development essay competition and completed An Taisce's Climate Ambassador programme, for which she was presented with an Outstanding Achievement Award. Lyndsay is passionate about using her platform to raise awareness for climate justice to an international audience and is currently working with the UNFCCC Capacity-Building team.

James Whelton is an Irish computer coder, venture capital advisor, and co-founder of CoderDojo, a network of free computer clubs for children. At the age of 16, Whelton became famous for hacking the iPod Nano and creating watch faces for the device. In 2011, at the age of 18, he co-founded CoderDojo along with entrepreneur Bill Liao. Whelton headed up his school's computer club in Cork, Ireland. After CoderDojo was established, he became an entrepreneur-in-residence at Polaris Ventures.

Melissa is a keynote speaker, consultant, and coach. She received her Master's Degree in Counselling Psychology from Adler University and her Bachelor's Degree in Sociology and Communications from The George Washington University. Following years of clinical work as a licensed mental health therapist in employee-assistance programs, private practice, and universities - Melissa left the clinical sector and turned her focus to consulting and speaking in the worlds of organizational psychology and mental health awareness with one goal in mind: to equip companies and leaders to build the skillset, mindset, and behaviors required to discuss mental health, mental illness, and stress at work.

Brendan Rogers has worked for the Irish Department of Foreign Affairs for over 40 years, and is currently the Deputy General Secretary at the Department of Foreign Affairs and Trade, Ireland, it was in this role where Brendan led Ireland’s campaign to win a seat on the UN Security Council 2021-22. His most recent appointment prior to this was as the very first Ambassador of Ireland to the Kingdom of Thailand, at the Irish Embassy in Bangkok from 2014-2018. Brendan is a graduate from Trinity College Dublin, the University of Dublin alongside Boston University and the Leadership Challenge Programme at the Kennedy School of Government, Harvard University.

Jim Barry is the Chief Investment Officer of BlackRock Alternatives Investors & Global Head of BlackRock Real Assets. Prior to this role, he was Chief Executive of NTR plc from 2000, having previously served as Assistant Chief Executive and General Manager of Development. Jim has a Bachelor of Commerce degree from University College Cork and a Masters in Business Administration from the Harvard Business School. He is on the Council of Patrons of Special Olympics Ireland and is a board member of The Ireland Funds. He also sits on a number of Advisory Boards related to activities in University College Cork and Harvard Business School.

George Osborne is a former British politician who served as Chancellor of the Exchequer under Prime Minister David Cameron from 2010 to 2016. As a prominent campaigner for Britain to remain in the EU, Osborne left the government in July 2016 following the outcome of the referendum. He was first elected as the Member of Parliament for Tatton, Cheshire, in June 2001, becoming the youngest Conservative MP in the house of Commons. He is currently the inaugural Kissinger Fellow at the McCain Institute for International Leadership, an advisor to BlackRock, and is the editor-in-chief of the Evening Standard.

Caroline Kennedy is the founder of Kennedy PR + Brand, established since 1992. She has more than 25 years of experience working in the Irish media sector and her agency is now recognised in Ireland as a leader in the field of Consumer PR and Communications, having directed the launch of numerous household brand names and events nationwide. She has been a director of the Junior Dublin Film Festival and currently sits on two boards - The Ireland Funds and the Dublin City University Trust.