Born at a very difficult period in South Africa’s history, Chris made a decision early in his life to become an activist and oppose the racially based system of apartheid. This decision was to put him on a direct collision course with the apartheid regime which resulted in several spells of incarceration, torture and near-death experiences. After Nelson Mandela’s release in 1990 and the fall of apartheid, Chris worked with Nelson Mandela until his retirement as a bodyguard and also got involved in the delicate negotiations with the ‘apartheid regime’ resulting in subsequent agreement and the drafting of the new constitution. At present Chris works within various sectors as a keynote speaker and uses stories from his past to inspire positive change. His talks cover various themes including determination, resilience, courage, humanity, courage and forgiveness. Chris draws mainly from the important lessons he learned from Nelson Mandela and Archbishop Desmond Tutu.

Author and human rights campaigner Zerbanoo Gifford is the founder of the ASHA Centre, which pioneers youth empowerment in the fields of sustainable development, interfaith and intercultural dialogue and the arts. She holds the International Woman of the Year Award 2006 for her humanitarian work, which spans fifty years of grassroots and global activism, as well as the Nehru Centenary Award for her work championing the rights of women, children and minorities. A pioneer for Asian Women in British politics, Zerbanoo has also been London organiser for the charity Shelter and was director of Anti-Slavery International. Her seven books include ‘Thomas Clarkson and the Campaign against Slavery’, ‘Dadabhai Naoroji, Britain’s First Asian MP’, and ‘Secrets of the Worlds Inspirational Women’, highlighting the lives of 300 exceptional women from 60 countries for which she was awarded a ‘NESTA Fellowship’. Zerbanoo’s biography ‘An Uncensored Life’ is published by Harper Collins.

As an interdisciplinary researcher, Sharkey spent 3+ decades working in AI, Robotics, Cognitive Science neural computing and evolutionary methods at the Universities of Exeter, Yale, Stanford, Essex and Sheffield. Now he works full time on the ethical risks and societal implications of technology including policing, care, military, transport, sex, surgery, civil surveillance and inequality of gender and race. He is probably best known to the British public as Head Judge on BBC 2 Robot Wars.

Founder and CEO of Diaspora Matters

Diaspora Matters is a Dublin based consultancy company that has worked with over 30 countries to help them develop strategies to connect with their diasporas. Kingsley has written and spoken extensively on networking, philanthropy and diasporas. Prior to that he ran The Ireland Funds, a global philanthropic network, for 21 years and before that was the Sydney based representative of IDA Ireland and Enterprise Ireland. He is an economics graduate of Trinity College Dublin.

Black is an anatomist and a forensic anthropologist who has worked for UK police forces, the UN and overseas, including war crimes investigations in Kosovo and the Asia Tsunami of 2004. She has authored 12 text books and over 130 papers. She is a Fellow of the Royal Society of Edinburgh, the Royal Anthropological Institute, the Royal Society of Biology and the Royal College of Physicians of Edinburgh. She has been awarded an OBE and a DBE for her services to forensic anthropology.

Ailbhe Smith is a campaigner and former academic. The founding head of Women’s Studies at University College Dublin (UCD), she left academia in 2006 to work with women’s community organisations and in social movement politics. She has been campaigning for women’s right to choose for over 35 years, and is Convenor of the Coalition to Repeal the Eighth Amendment which she co-founded in 2014.

Dr. Roja Fazaeli is an Assistant Professor at Trinity College Dublin. Roja has published widely on the subjects of Islamic feminisms, female religious authorities, women’s rights in Iran, and the relationship between human rights and religion. Her most recent book is “Islamic Feminisms: Rights and Interpretations Across Generations in Iran”.

Dr. Charity Wayua was born and brought up in several different towns in Kenya. After graduation from university in the US, she moved back to Kenya and joined IBM Research Africa as a research scientist working on education. Currently Dr. Wayua is managing the Public Sector research team at the lab which mainly focuses on developing innovations that transform governments.

Lynn Scarff is the Director of Science Gallery Dublin. She has extensive experience in developing and leading public engagement projects in science, arts and education fields.

Probably most famous these days as the founder of Other Voices, Philip King is a producer, film director, writer, musician and broadcaster. King is the driving force behind Other Voices, the documentary and music series featuring some of the biggest names in music, from Amy Winehouse to Ellie Goulding. He continues to tour with his band Scullion and presents a weekly radio show, South Wind Blows.

Founder & Executive Director at ‘I Am An Entrepreneur’

Shoaib is an advocate of women’s economic empowerment. In 2012, he created the ‘I Am An Entrepreneur’ campaign in Pakistan, which provides microloans and mentors to women to develop their entrepreneurial ventures.

Ronan is an international representative for Trinity College Dublin, focusing on the University’s relationships in South Asia. A research physicist and nano-scientist by training, Ronan has worked for many years with student organisations in Ireland and elsewhere.

Associate Professor in the Faculty of Nursing

Dr Cynthia Mannion is Associate Professor in the Faculty of Nursing at University of Calgary. Cynthia graduated from Queen’s University at Kingston and completed a Master’s degree in Nursing from McGill University. She completed her PhD in Human Nutrition and Dietetics focusing on maternal dietary intake and birth outcomes.

A sole-founder from a non-technical background, working in the startup sector with the highest expected failure rates, Gavin Fogarty has raised over $1.5million to accelerate the growth of his company. Gavin studied Venture Management and Computer Science in university.

Professor of Instruction in the Department of Chemistry, Northwestern

Owen is a Professor of Instruction in the Dept of Chemistry at Northwestern University. As a member of the Hoye Group, Owen trained as a natural products synthetic organic chemist and was a member of the team first to carry out the total synthesis of Michellamines A, B, & C. After serving as the Director of Undergraduate Organic Laboratories, Owen continues to teach organic chemistry as well as courses for chemistry majors.

Conor Houston is a lawyer, influencer, strategist, collaborator, innovator and active citizen. He is a graduate of Law from Queen’s University Belfast with a masters in International Human Rights law. Conor is passionate about youth empowerment and has been involved in the establishment of groups and programmes to promote new models of leadership including Young Leaders NI and Young Influencers.

Barry Sheehan is Head of Design and Assistant Head of The Dublin School of Creative Arts at Dublin Institute of Technology. An architect by profession, Barry has been involved in the design of numerous projects and is a regular commentator on design matters in the media. Barry is a valued member of the Academic Advisory Board of The Undergraduate Awards and has been closely involved with the Judging Process for many years, serving as Chair of the Architecture and Design category.

Marisa is the director of Undergraduate Research for the Office of Research & Engagement at the University of Tennessee, Knoxville. Marisa earned her doctorate in higher education administration from the University of Tennessee, and has an extensive background in programme management for both nonprofits and educational institutes. Marisa is a member of the Academic Advisory Board of The Undergraduate Awards.

Dublin born artist, activist and broadcaster, Will St Leger has become a household name in the Irish street art scene since the mid-2000s. He studied design and visual communication at Athlone Institute of Technology and has held solo exhibitions almost annually from 2006 to 2012 in Dublin. Among his more provocative shows was ‘Art Raid’ for Dublin Fringe Festival 2007, which encouraged viewers to ‘steal’ the exhibits at the sound of a security alarm. His most recent work is a collaboration with ACT UP Dublin, a group committed to direct action to end the HIV/AIDS crisis.

Pat Liddy is an Irish artist, historian, writer, illustrator, broadcaster, mapmaker, and environmental lobbyist who has helped make Dublin a global tourist attraction. Pat published a column in the Irish Times for ten years, in which he illustrated the various fascinating faces of Dublin. He is the author of ten books. In 2005 he founded Pat Liddy’s Walking Tours of Dublin. 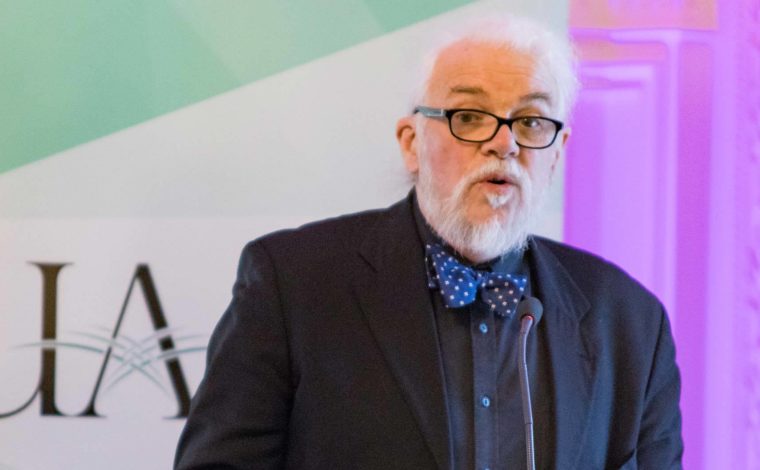 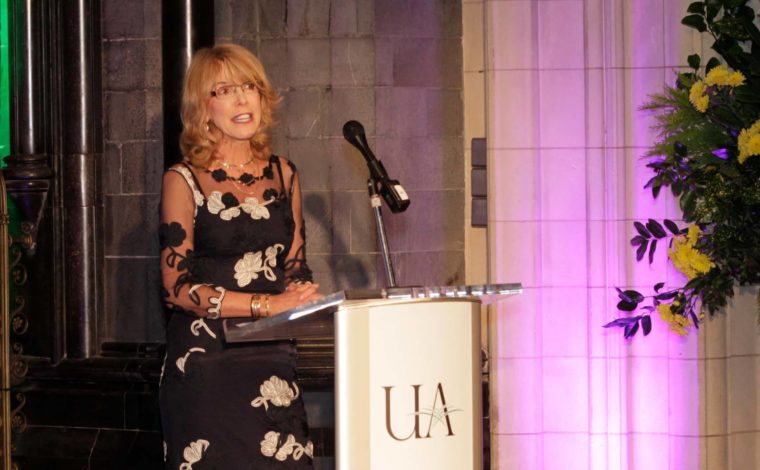