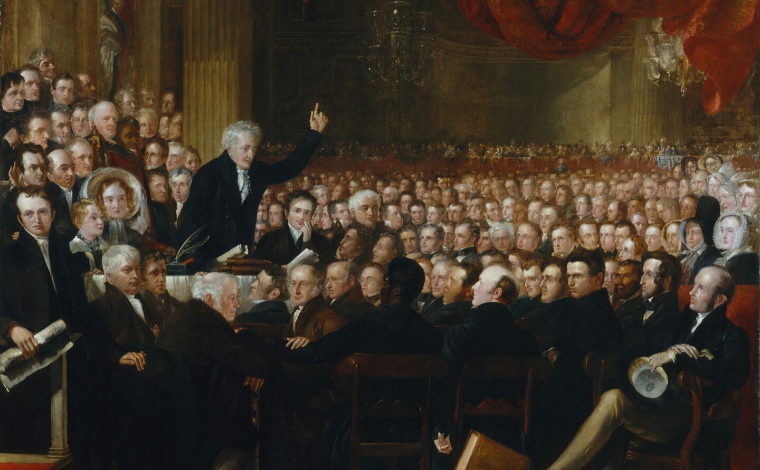 In 1785, Thomas Clarkson entered an essay competition at the University of Cambridge on the topic of "Is it lawful to make slaves of others against their will?". We can only imagine that he was motivated by the same factors that motivate students today. Most undergraduates will, after all, be familiar with the experience of perusing a set of essay titles, looking for a topic that catches their eye or flicking through past exam questions and finding themselves caught in thought by one of them.

Most will be familiar too with the moments when their work transcends its basic purpose of a step in the direction of a degree, when something sparks an interest, which becomes a passion.

The vast majority of undergraduate coursework today, unlike Clarkson's essay, reaches no further than one department and once graded, is left to sit on a shelf gathering dust. This is despite the fact that the work that emerges from this period of intellectual discovery is often pioneering and remarkable. After all, in 1785, Clarkson like the majority of his contemporaries, knew little about the horrors of the slave trade. If it was not for his initial scholarly curiosity and ambition, he may well have remained ignorant to the cause of the abolitionists, and history may have taken a different course.

In researching and reading around this topic in preparation for the essay competition, Clarkson became an abolitionist as he learned more of the horrors of slavery. This one essay changed the course of history as one of the most effective slave abolitionists came to the fore. The essay was the beginning of a path which Clarkson would follow, which saw him help found the Society for Effecting the Abolition of Slavery and helped enact the Slave Trade Act of 1807, which ended British trade in slaves.

In recognition of this, The Global Undergraduate Awards have named the Gold Medal after Thomas Clarkson to highlight the potential of well-crafted research and its power to change the world.